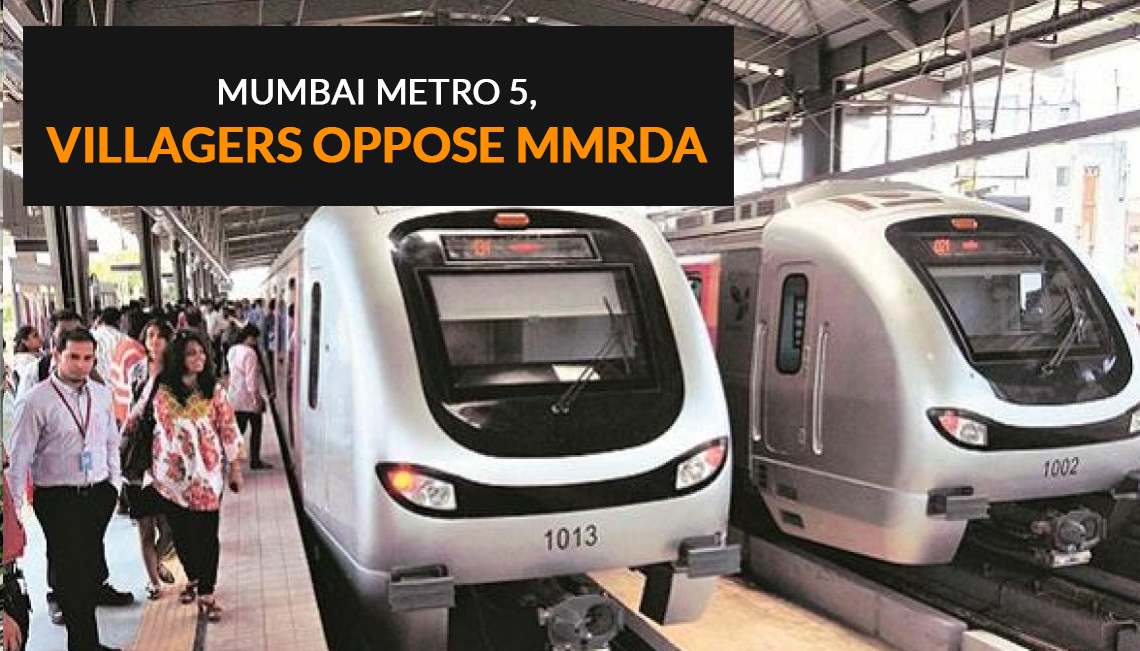 In a major move to improve the transport network in Mumbai, the Maharashtra government, on October 24, 2017, approved two more metro rail lines with an aggregate value of Rs 15,088 crores, linking major industrial and commercial hubs in and around the metropolis. The Mumbai Metropolitan Region Development Authority (MMRDA), the nodal agency for the development of the metro network in the megapolis, had proposed the construction of a 24-km Thane-Bhiwandi-Kalyan Metro-5 corridor and 14.5-km Swami Samarth Nagar-Jogeshwari-Kanjurmarg-Vikhroli Metro-6 corridor. The state cabinet approved the two elevated corridor projects, a statement issued by the Chief Minister’s Office (CMO) said.
While the Maharashtra government has been adding more infrastructure projects, worth billions of dollars in the city since it came to power two years ago, work has not started on any of them. The only functional metro service in the city of over 2 crore people, is the 11-km Versova-Ghatkopar line, which is operated by Reliance Infra.
The Rs 8,416-crore, 24.9-km-long Thane-Bhiwandi-Kalyan metro corridor (Metro-5) is expected to carry around 2.29 lakh commuters daily by 2021, with the entire system designed for six-coach trains. The corridor will have 17 stations. The 10.3-km elevated Dahisar-Mira Bhayander corridor (Metro-9) comprising eight stations, is expected to be completed by 2022 and the cost of the project is estimated at Rs 6,607 crores.
Besides these metro projects, the MMRDA meeting chaired by chief minister Devendra Fadnavis, also cleared a Rs 194-crore project, to set up 500 Wi-Fi hotspots in the city, as well as Rs 259 crore for widening the rail overbridge at Kopri in Thane.
The Thane-Bhiwandi-Kalyan Metro Line 5 project may hit a roadblock, as over 100 families have opposed the proposal to construct a car-shed on their land at Govegaon, near the Kalyan-Bhiwandi Road in Maharashtra. The villagers said they did not want to lose their land to make way for a car-shed, as it was their only source of livelihood.
“The Mumbai Metropolitan Region Development Authority (MMRDA) wants to acquire around 36 hectares of our land in Govegaon, for a metro car-shed. The move will affect as many as 100 families,” secretary of Kon-Gove Sangharh Samiti, Pandharinath Bhoir, said, in a press conference, on October 11, 2019.
Neeta Mahajan, a lawyer, who represents the committee, said, “The villagers have their houses, shops and small-scale workshops on this land.” The MMRDA had, in 2018, sent notices to the residents, stating that it wanted to acquire the land for the car-shed. The Metro Line 5 is likely to benefit over 2.9 lakh people, as it will cut the travel time between Thane and Kalyan.
“We are not against the metro project. We just want the MMRDA to use government land, instead. We are not ready to give our land, as we will lose our livelihood,” said Bhoir, adding that the compensation offered by the development authority was less than the market value.