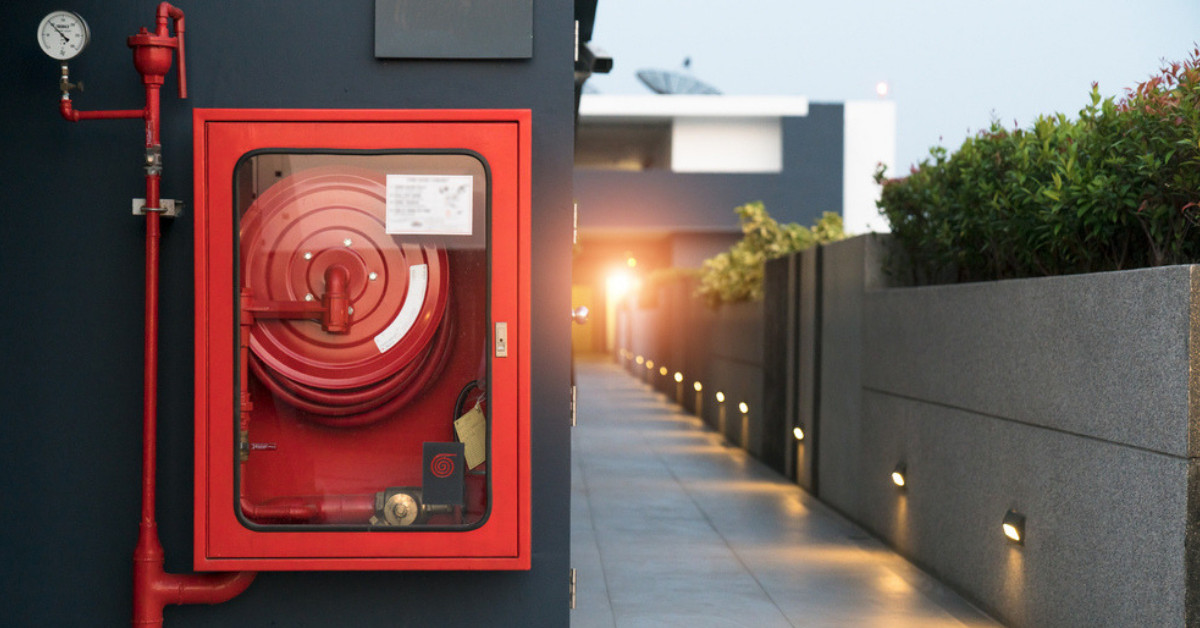 Fire is undoubtedly a big hazard that people moving into high-rise apartments in megacities, need to consider. The aftermath of gruesome infernos at Kamala Mills in Mumbai’s Lower Parel business district and the fires at high-rises like the ultra-posh Beau Monde Apartments in Prabhadevi or the slum rehabilitation buildings of Samrat Ashok SRA CHS in Mahalakshmi, show that fire is a common enemy to all – rich or poor. Hence, it has become imperative for anyone who is buying an apartment today to ascertain whether his dream house is fire-compliant.
In the fire at Crystal Tower, there were allegations that the electrical ducts were not sealed properly at each floor. Further footage of the fire revealed that the residents were trapped at the upper floors and the fire brigade had to use ladders and hydraulic platforms, to rescue the trapped residents. In the Samrat Ashok SRA fire at Mahalakshmi, the inferno broke out in the rehabilitation buildings constructed for the erstwhile slum-dwellers. Here too, the allegations were that the fire broke out in the electrical duct on the third floor and travelled all the way to the top of the 18-storey building, trapping many and killing one in the process.
While a fire has many causes and the authorities are quick to pin the blame on the society and residents for poor upkeep and storage of hazardous goods on the premises, seldom are fingers pointed at the fire officials who issued permits to such hazardous structures in the first place. It is no secret that such buildings are in essence ‘vertical slums’, with 20-storey towers cooped closely together, leaving no room for ventilation, sunlight, open space or enough access space for heavy fire engines. The final outcome is a death trap, which, tragically in a crowded city like Mumbai, is turning into an inferno with frightening regularity.
When it comes to hazard management, no building can be 100% fire safe. Home buyers should inspect the prospective project on some basic parameters before closing the deal, with a view to ensuring that the maximum fire safety. The following is a basic guideline for buying a fire safe home, which homebuyers should consider:

As per the requirements of Development Control (DC) Regulation 29, any building having a height of more than 24 metres, must compulsorily have open space of six metres or more, around it. However, builders are quick to flout this by getting illegal ‘condonations and relaxations’ from the planning authorities and the fire safety office. Given the connivance of public servants with errant builders, the burden unfortunately falls upon the common home buyers, to verify whether their dream home is a tinderbox or not.

The next step, is to ascertain whether the building has a special fire escape staircase, fitted with fire-resistant doors, in addition to the main staircase. In the city of Mumbai, every building taller than 70 metres must be compulsorily provided with two enclosed staircases, each having a width of not less than two metres. In many buildings, errant developers tend to provide narrow staircases, which end up becoming bottlenecks in fire emergencies. The sheer number of people escaping the building can clog the staircase, putting the lives of many in danger. It also heightens the risk of a stampede. Hence, it becomes necessary to ascertain whether the staircase has the minimum width, as specified in the local town planning regulations.

The inclusion of refuge areas in the floor plan can prove to be a lifesaver when it matters. Ideally, there should be one such area per seven floors. These are spaces free of combustible areas are open to air where residents can retreat to for easier rescue by the fire brigade. Additionally, a building premise should have recreational grounds, where rescued people can assemble.

Finally, once the building is complete and residents shift into their dream houses, it is imperative that everyone refrains from encroaching upon the common areas and amenity spaces. Residents must refrain from using the electrical ducts as makeshift store rooms. Further, the fire escape staircase must be kept clean and clear of any items.
In the wake of fire tragedies suffered by citizens of Mumbai, as well as other major Indian cities, it is high time that home buyers press for the cause of fire safety in their buildings. Home owners must shed their inhibitions and openly speak out against any compromise on fire safety, irrespective of whether the wrong-doer is a neighbour or a friend. Further, the building’s society or residents’ welfare association must not hesitate to engage the services of a fire safety expert and bear the necessary costs for the same.